I wrote this article in February of 2011... reposting again here as it appears that Jenkins book is now a movie. Also came across a question related to pensions so thought that it remains as relevant today as it was in back in 2011.

Jerry B. Jenkins wrote a series of 16 novels on the Earth’s Last Days based on an interpretation of prophecies in the Biblical books of Revelation, Isaiah and Ezekiel. Left Behind tells the story of the end times, in which many have been "raptured," leaving the world shattered and chaotic. 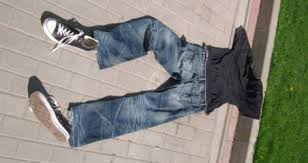 I have discussed the problems of those “Left Behind” in previous articles, particularly as it relates to life insurance, families that must continue without you or your income, and the heavy burden of estate taxes.

There are other, lesser known “Left Behind” financial issues. Many have heard of 401(k) rollovers, which is the process of transferring retirement assets from a company sponsored plan to a personal IRA. But why is this important?

Leaving your retirement assets in a company plan leaves you with less control and generally fewer investment options. It also takes a significant amount of time to access those funds when you need them.

Most critical is what happens if your old company changes ownership or worse, goes into bankruptcy. If your former employer goes belly-up, your monies are generally safe, but fees start to accrue and it can take years for a bankruptcy trustee to get things untangled. Can you get to your money or manage the investment options while your prior company is being liquidated? Generally speaking… no. 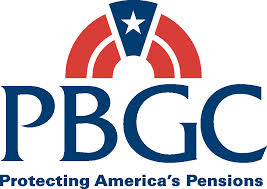 What about your pension? What if your pension plan is underfunded, distressed or terminated? The Pension Benefit Guaranty Corporation (PBGC) is the government’s insurance program for retirees. When a company’s pension plan defaults, PBGC swoops in and protects workers’ retirements. However, the PBGC’s process is often arbitrary and capricious.

For example, when the PBGC took over the pension plans at Eastern Airlines, it transferred the fully funded pilots’ funds to the underfunded Eastern employees’ plans. The pilots received only a small fraction of their benefits even though the pilots had taken a salary reduction to shore up their pension plans. This ‘theft’ was never challenged in court.

When Pan Am folded, their pension plan rebounded after PBGC had taken over. The pilots received minimum benefits rather than the benefits the plan could have provided. In court, the PBGC successfully argued that it is an insurance company, not a plan fiduciary.

The PBGC itself is expected to run out of money by 2020. Nobody really knows the full impact of an insolvent PBGC. Add to this the problems with Social Security, Medicare, and Medicaid systems all operating in the red…

What can you do? Don’t leave your retirement assets behind. Take control, take ownership, and take responsibility for your own future. Consult with a trusted financial professional.

The information presented here is for educational purposes only and shall not be construed or interpreted as a solicitation to sell or offer to sell any specific securities, investments, or investment strategies. The information in this article is not intended as tax or legal advice, and it may not be relied on for the purpose of avoiding any federal tax penalties. You are encouraged to seek tax or legal advice from an independent professional advisor. The content is derived from sources believed to be accurate. Neither the information presented nor any opinion expressed constitutes a solicitation for the purchase or sale of any security.